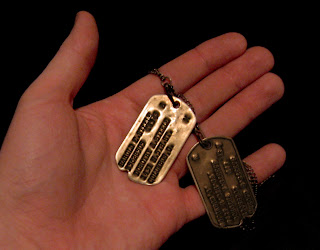 My uncle, Elliot R. Corbett, was one of those who fell at the Battle of the Bulge, fought over an 80-mile stretch from Belgium to Luxembourg from Dec. 16, 1944, to Jan. 25, 1945. It was the largest land battle involving American Forces in World War II. More than a million Allied troops fought in the battle; more than 19,000 troops were killed.

I never met my uncle Yottie, as my mother always referred to him, but I gather he was a charmer. I’ve seen pictures of a dark, curly-haired man grinning for the camera as he stands easily next his horse, reins in hand. He was a handsome and easy going man who loved the out of doors. I understand he had a girlfriend before he was drafted, or enlisted, but no one in my family seems to know what became of her after Yot’s death.

Apparently, he tried to join the 10th Mountain Division to fight alongside his brother, Alfred, but the Army refused his application.  According to my mother, he was sent without training of any kind. Like so many, he ended up as cannon fodder in the European theatre. Alfred came home. Yottie did not.

But the Battle of the Bulge happened five years before I was born, so all this may seem like old history, and it is, but yesterday my 92-year-old mother wrote to say that a woman contacted her several weeks ago, wanting to know if my mother was a relative of Elliot Corbett. Yes, she said, she was his sister. The woman said, the Army will contact you shortly. Four days later the Army called to say they were sending some articles for the family.

After Yot’s death my grandfather, with help from his political friends, established the Elliot R. Corbett Memorial State Park, located off US Highway 20, fourteen miles west of Sisters, Oregon. It is mountainous country and the park is only accessible by foot. I have hiked there among Ponderosa, sage and wetlands and felt a kinship with the uncle I never knew. It is a living testament to Yot’s love of nature.

This week, true to their word, a small package from the US Department of Defense arrived in McMinnville, Oregon. In it were some papers from my grandfather assuring the Army that his son should be buried in the Margraten cemetery in the Netherlands, some official forms, and documents.

And, Yottie’s dog tags. Sixty-five years after his death. His dog tags. Where have these things been all this time, and what do we do with them now?

I just finished reading a book by Craig Childs about artifacts and the conundrum of where they belong and to whom they should be entrusted. Childs’ view is that they are best left where they were found; it gives the land a sense of history. As he points out, an artifact can outlive you, your children, and your grandchildren, so once they are in your possession the responsibility is enormous.

My mother asked me what I thought she should do with the dog tags. I told her I didn’t know. But what I thought was, I want to hold them for a moment’s reflection and then fling them onto the field where he died.

That is where they belong.

S.C. Morgan grew up in Oregon, where she learned not everything is black and white. Now she lives in the jungles of Costa Rica where shades of gray cover the full spectrum. She writes because she can't help herself. Sometimes she gets published. You can read more of her work at http://www.scmorgan.com/