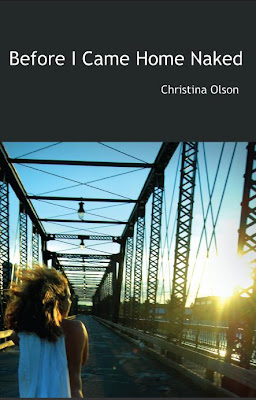 POEM I WOULD RATHER YOUR MOTHER NOT READ
We are walking the fields behind the farm,
you and I and your brother. Ahead of us
the dogs are running the cows’ trampled brown paths

and somewhere your mother stands in her kitchen
checking a roast in the oven. We are climbing
over piles of frozen shit, throwing occasional sticks

that the dogs, both sporting breeds, never bother
to retrieve. Your brother looks like the last photograph
taken of him, white shirt and thick glasses, though

my brain’s lent him a jacket. It is December.
We don’t say much, except to make fun of the dogs,
mine in particular, who is fond of rolling his head

over piles of droppings. This is how I am,
up north with your family, always
too quiet and wanting a beer, instead asking

after the horse, the power plant on the bay
whose stacks we see from the dining room.
I want to ask Jonathan why he couldn’t just have

waited until after high school to kill himself,
I want to say Everybody wants to die in high school,
you just needed to get to college, because

this is true. I want to ask him why two days
before Christmas, and why
nine days into his eighteenth year,

and exactly how he went, because even you
do not know. I have him in a jacket and hat
because I want his wrists covered,

his skull’s great red hole hidden. The dogs bark,
they have found something burrowed, and their howls
tell me it is dead. From her house on the hill

I know your mother is watching three dark
figures walk away from her, her fingers
resting on the cool pane that holds us.


Christina Olson was born in Cincinnati in 1981. She received her MFA from Minnesota State University, and her work has appeared in Mid-American Review, Gulf Coast, Puerto del Sol, and The Best Creative Nonfiction, Volume 3. Her first book of poems is Before I Came Home Naked (Spire Press, 2010). She lives online at www.thedrevlow-olsonshow.com