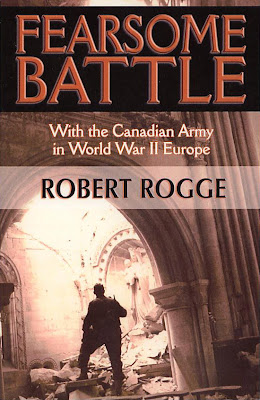 D-Day
They were ship-bound for a long time. They slept and ate and slithered on the wet steel decks in their hobnailed boots. They tended their weapons, the salt air a menace to the steel.

A thin whistling sounded overhead as Spitfires flashed ahead to screen their way. The June air was cold and low, dark clouds scraped at the silver barrage balloons bobbing above the armada. The balloons kept strafing planes at a respectful height, where the Spits could get at them.

The ship heaved, and paper bags greased with vomit splashed over the slimy sides. The rolling sea conquered the seasick men and they spewed and gagged, cursing Hitler, the war, their parents. King and country became gross obscenities.

There was no hiding this armada. Ships were solid from horizon to horizon and the men were heartened. Massive battleships, enormous in size and promise, and tiny torpedo boats dashed boldly across the white caps around them.

They oiled their weapons and waited. A misty rain smothered the ships, row by row. The white cliffs disappeared in the deepening gloom, and a fantasia of tiny riding lights bobbed and weaved on the sea. The last RAF day fighters swooped low over the balloons, turning back to warmth and comfort.

Lowering black clouds scudded overhead. Each turn of the screw pushed them south to the beaches. A destroyer, siren whooping in crescendo, cut across their bow, Aldis lamp flickering, white wake foaming. In the darkness, a low, droning sound gradually penetrated through the noises of the ships. Hundreds of planes filled with men, equipment, and bombs. It went on and on, a deep monotone against the tenor chorus of the ships and the sea.

Few men slept that night. Cigarettes glowed and dimmed in the bunk tiers. Their equipment thumped and clanked to the ship’s motions, beating the time of their voyage into the unknown.

Next morning, they became aware of a change in the ship’s motion. The channel waters swished against the hull more softly. Gripping the rails, they stared at a long, low, dark smudge ahead. A man puked over the side and wiped his sleeve across his mouth.

Tiny climbing chains of red dots went into the clouds. Heavy, thickly muffled red flashes ran low along the smudge of land. Moments later, uneven rumblings came to them across the water. Noncoms moved among the men, checking their harnesses one last time. The bow ramps jerked down as the crew tested the gear.

Now they could see things on the beach: vehicles, fires, craters, dots that were moving men. The ship edged past a smoking hulk, stirring bodies that hung limp in lifebelts, floating in the oily, iridescent water.

One of the big ships opened her 15-inch guns and concussions overpowered them. Great masses of reddish-brown smoke rushed downwind; they heard the roar of the immense shells as they hurtled inland.

Some men fell down when the ship jarred against the shingle. The ramps crashed down and crewmen trailing lifelines raced down, struggled through the surf to the beach, and staked the lines taut. They waved back and the officers went down the steep ramps into the living sea, leading their men into an unknown world.

The soul-stirring skirl of the pipers in full cry drove them ashore.