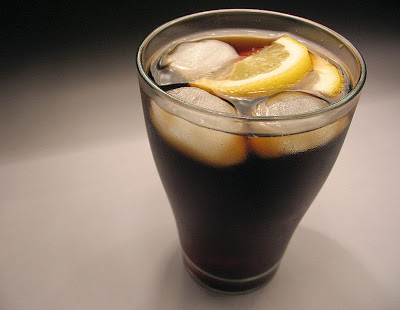 Afternoon Special, 99p
Grandmother was a tyrant—I admit it. She had a red face with a sharp nose, fierce eyes, and white hair pulled back tight in a bun. When you were well-behaved she was stern, but when you were bad, she became a monster. Sometimes I read in the paper that a pensioner was mugged, or an old lady was tricked into giving away her savings, and I can’t help but laugh out loud. Nobody would have dared try anything like that on Grandmother. Everyone was scared of her—even grown-ups quaked in their boots when she called their names. Grandmother always wore slippers, except to church, and she used a cane, so if you ran away, she never could have caught you. But nobody ran away from Grandmother. And when she lifted the cane, and beat you with it, you didn’t cry.

Of course, you don’t get grandmothers like that any more. These days, they're all biscuits and lemonade and five-pound-notes. Or so I presume, from what I witness in the café. And these so-called grannies, with their insipid conversation and their pink cardigans and doting smiles, bore me. Have their personalities worn away with age? Perhaps a disobedient child who skips around the café, runs his greasy paws along my clean glass display cabinet, and does not come when he is called should not be beaten with the stick, but you could give him a slap. A sharp word might even do the trick; these children are as soft as their grandparents. But nothing? As Grandmother used to say, "Spare the rod and spoil the child."

And that is why, in Grandmother's memory, I’ve put a new item on my menu. Every child gets a free top-up of my special cola, and if a bad little boy (or girl) vomits up all over his clothes afterwards, I take him in the back to get cleaned up, and I whisper in his soft little ear: "You got sick because you were a bad boy. If you misbehave again, it will happen again."

Fiona McCashin lives in Belfast, where she wastes 99% of her writing time trying to come up with witty or memorable bios. She also collects snow-globes.