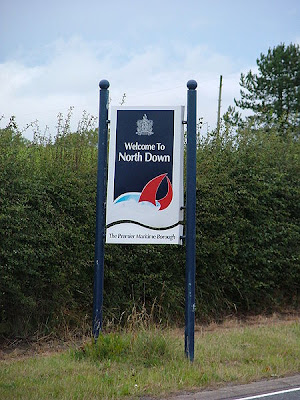 Northern Ireland Redux
After The Troubles come the tourists.
And between winter wheat that might finally take root
and the rueful laments of the fighting boys:

I’ve seen a hell of a lot more than I care to believe,
a priest reiterates. In travel, there is always some unspoken
possibility of freedom, a coffee in a sidewalk café.

The hierarchy of needs demands we evolve.
The Opera House has bullet holes just above the level
of a soprano’s breastbone. Seems today,

they sing a different tune. The fungicides and fratricides
heal, miraculously, reminding some of the eyes
of bleeding saints.

The stone is rolled away from the tomb
of the government office so cars can park on the street again.
And paint is no longer on sale.

B&Bs have sprouted up like wild clover
in the well-kept gardens of the worshipping elite,
and the lovers are in green again.

George Moore teaches literature at the University of Colorado and is widely published both online and in print, to include Poetry, The Atlantic Monthly, North American Review, among others. In 2009, he was nominated twice for a Pushcart Prize and has garnered many other accolades. His latest book is All Night Card Game in the Back Room of Time.