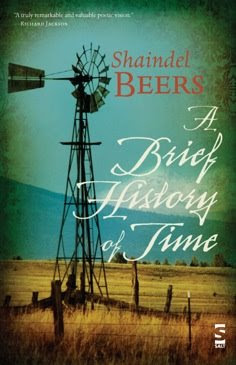 Rewind
Fridays Mrs. Wampler would give in
and leave the projector light on
as the film wound from one reel to the other.

Full blooms squeezed back into buds;
seedlings hid themselves underground,
but our favorite was our claymation version

of Beauty and the Beast. We would cheer as each
petal affixed itself to the thorny stem
and the beast grew stronger, clap as Beauty

no longer wept at his deathbed. And soon,
he was a prince again, too polite to ever
insult a crone. This taught us that beginnings

are always best, despite all they say about
Happily Ever After. If we could invent
the automatic rewind, bodies would expel

bullets that would rest eternally in chambers,
130,000 people would materialize
as the Enola Gay swallowed the bomb,

landmines would give legs and fingers
back to broken children.
Right now, teeming cancer cells
would be rebuilding blood and bone.

—From A Brief History of Time

Shaindel Beers is a Professor of English at Blue Mountain Community College in Pendleton, Oregon; the Poetry Editor of Contrary; and the host of talk radio’s Translated By. Her work has appeared in numerous journals and anthologies. A Brief History of Time, her first book of poetry, is available here.