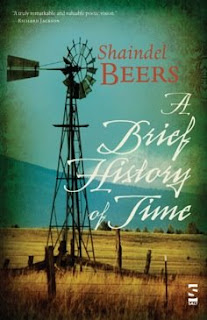 In a Top Drawer
Shaindel Beers
Unaware that touching cottontail rabbits
gives them pneumonia, out of the best
of intentions, we tried to save them.

My mother bought babydoll bottles; we fed them
milk replacement, changed the hot water bottle hourly
so they wouldn't miss their mother's warmth.

Eight in all, we named them. But one by one
they perished, leaving tiny graves in the back yard.
And I invented my odd religion,

pretending they had been reincarnated
in my bean bag rabbit—and talked to him
every night, murmuring their names.

The first year after you were gone
I saw you everywhere. Every blond man
was you. In the grocery. Behind the cello

at the orchestra—Right now, there's
a mannequin of you sporting a suit
and tie in a nearby suburb.

Things haven't changed much between
the six-year-old girl tending rabbits
and me. Your mother's letter rests

in a top drawer next to a report card
where Mrs. Brown wrote in the comments section
How are your rabbits?

—From A Brief History of Time

Shaindel Beers is a Professor of English at Blue Mountain Community College in Pendleton, Oregon; the Poetry Editor of Contrary; and the host of talk radio’s Translated By. Her work has appeared in numerous journals and anthologies. A Brief History of Time, her first book of poetry, is available here.